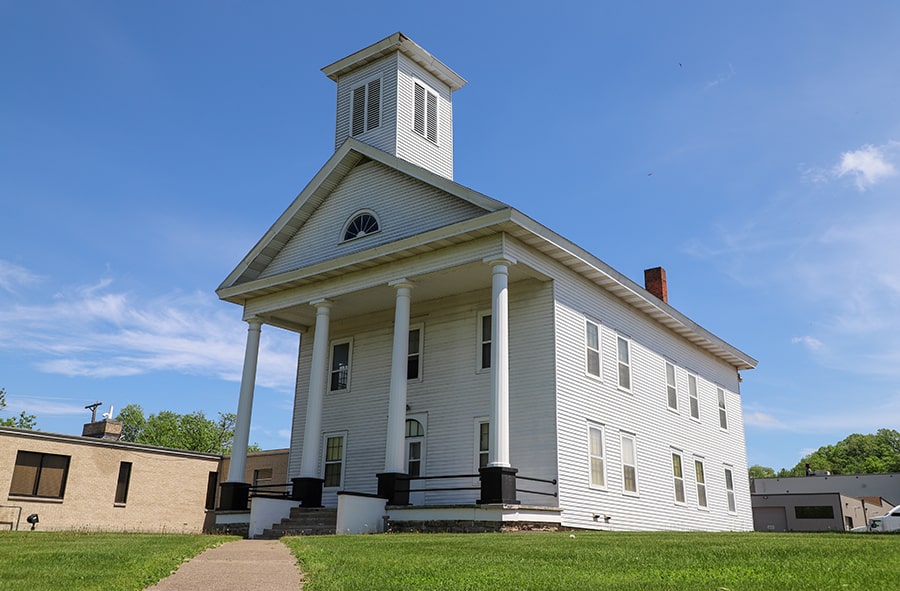 Welcome to the Old Courthouse Museum and 1895 Jail

This building was constructed in 1873-74 for $7,000, and, with the exception of the five-year period from 1882 to 1886, it served as the Pepin County Courthouse until 1985. It is the only remaining wood-framed courthouse in Wisconsin and one of only two Greek Revival style courthouses in the state. Both the courthouse and jail are listed on the State and National Registers of Historic Places.

Now more than 140 years old, the courthouse was originally built without electricity and plumbing. Many functional and cosmetic improvements have been made to the building over years, but several areas of the courthouse are still close to original, including the awe-inspiring upstairs courtroom.